“You May Be Wrong For All I Know, But You May Be Right” (Pondering With the Wisdom of Hindsight…) 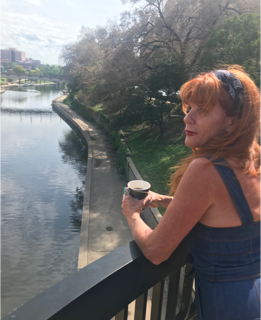 “You wanna know what’s wrong with You?”

If those aren’t the very words every single individual longs to hear from their spouse, I don’t know what are.

And it hasn’t even been a year since you spoke those very words to me. Needless to say, I couldn’t wait to hear your assessment of what was “wrong with me.”

And I knew you were about to tell me…

But first you had to fill me in on what I’ve now come to refer to as “The Reservoir Theory.”

“Everyone is born with a reservoir of kindness,” you proffered.  “A set amount.”

Hmmm…I thought to myself. This is going to be good. “Do continue, I’m just dying to hear this,” I enthused.

“Your problem is that you went around depleting your reservoir way too early in life,” you explained. “But I, on the other hand, held on to mine all those years you were out wasting yours. And that’s why I’m such a nice guy now and you’re, well…”

And then you elaborated a bit more, claiming that I went around in our 20s and 30s wantonly giving my kindness away, while you were far more discerning.  According to you, I was nice to a fault, while you held on to your kindness.  Contained and retained so to speak.  You paced yourself so you would have plenty left over for the latter years.

I decided to mull that one over for a while. And then, eventually, with the general hectic-ness of everyday life (and death), I eventually forgot all about that conversation.

But I’ve had occasion to think about it more lately.  I’m not 100% convinced you were holding back.

Because as the months tick away, I’ve come to fully realize how many lives you touched in your short time here.

Your employees send me pictures, thoughts and prayers. They go out of their way to visit the spot where you were killed. Several of them have even organized a golf tournament in an effort to honor your legacy of giving.

One of the Event Organizers confessed to me recently that your death “inspired him” more than his own dad’s.

Lately, I’ve had to start meeting with men like Auto Mechanics, Financial Advisors and the like that you used to do business with. It’s crazy how many of them have teared up while telling me basically the same story: That you “set them straight” about something early in the relationship and how much they loved and respected you from then on…

(On a totally irrelevant side note: how come when I “set a person straight,” they never want to have anything to do with me, yet when you did it, people seemed to  love you ever-more?)

It’s also come to light that more than a few of my friends had gigantic crushes on you. They’ve leaked it and it doesn’t even make me mad. I totally get it. I had a gigantic crush on you too.

A lot of our kids’ friends have told us what a positive impact you had on them during their formative years.

I must admit, my initial reaction when you said, “You know what’s wrong with You?” was that the next words out of your mouth better be…

But now, with all the wisdom of hindsight, I’m so glad you shared your Reservoir Theory with me so I can share it with the world.

There now – wasn’t that nice of me?

12 thoughts on ““You May Be Wrong For All I Know, But You May Be Right” (Pondering With the Wisdom of Hindsight…)”