I decided not to write a Christmas letter this year, because I really feel that, for better or worse, Facebook has killed the oft-dreaded Christmas Letter, as we know it. Our friends and family and everyone else on the planet is fully aware what we’ve been up to this year, as few families have saturated social media like The Blanchards in 2015. However, like the proverbial tree that fell in the forest, my family feels like the year didn’t happen if I don’t write a Christmas letter..

If you are living under a rock (ie: not on Facebook) you may not know that Emilie, 29, got married in October. The Newlywedmans are now nestled into their first home, working non-stop to build their future. Occasionally, she tries to garner a little sympathy, by telling me and Jimmy how much they both work (24/7, Christmas Day, blah, blah, blah) but, when we were their age, we trod shoeless, over snow-covered hills to work on weekends and holidays, so her pleas fall upon deaf ears. On a positive note, she astutely pointed out the other day that she has noticed her “favored child status” with her Dad has soared ever since she ‘went off his books.’

Not to be outdone in the approval rating polls, a couple of weeks after Emilie’s wedding, Mollie, 26, was surprised with an engagement ring from her boyfriend-gone-fiancé, Jace. We secretly arranged to fly up there to meet them to celebrate, just hours after he popped the question. Fortunately, she said “yes,” or it would’ve been an awkward 3 days. They are both in their second year of law school in Manhattan, she at Fordham and he at Columbia. As if New York weren’t far enough away, they plan to study a semester in Amsterdam this Fall. They both graduate in May 2017 and will marry shortly after. 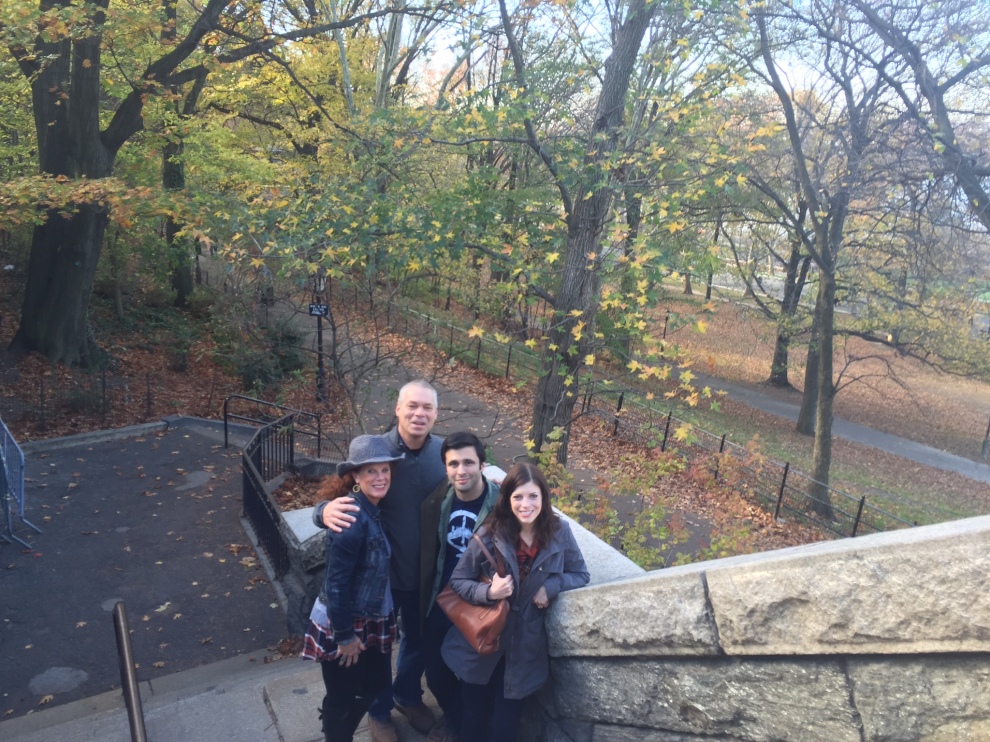 Gracie, 20, is studying Journalism at the University of Arkansas. Out of our 5, she is, without question, the most interesting blend of me and Jimmy. And, I’m not talking about facial features. After being, ‘Home for the Holidays’ for all of 24 hours, she had her fill of family and decided to dash down to Dallas for a night on the town with friends. I received an SOS text before she left, saying she was in my closet and needed assistance putting an outfit together. I received highest praises from her after the ensemble was cobbled together from:
-some pants of mine that I bought and haven’t worn yet
– a top she hadn’t yet seen that was supposed to be a Christmas present
-my cheetah boots
-finished off with 2 necklaces and a bracelet (all mine)
As she admired herself in the mirror, she said, “Thanks Les, you’re Clutch!” Could any mother ask for more than being “clutch” in a fashion crisis? I’ll take it.

James is in his Senior year at Bishop McGuinness Catholic High School. He divided his time this year between school, friends, football and his adorable girlfriend Annie. I went upstairs to clean his bathroom the other day, and all 6 light bulbs in both sections of the bathroom were burnt out. I couldn’t see any grime, mold or mildew for the darkness, and really wanted to pretend it was sparkly clean, but the scent contraindicated. As I clambered up onto the counter top with fresh bulbs, I wondered to myself,

“How does he manage to see himself in the mirror when he gets ready for school in the mornings?”

But then, I realized, when you’re a young manly buck of 18, you don’t need a few watts of light, or a mirror to affirm what you already know to be true.

Sometimes Jimmy and I look at one another and wonder if we were foolish or just plain crazy to have 5 children. It’s tremendously validating that Tommy is our favorite. It’s really hard not to not feel like “practice makes perfect!” I casually remarked to Gracie the other day how great he is – smart, and kind, with an unparalleled work ethic, all topped off with red hair. She responded, “He’s only 15, give him some time! He may disappoint you yet.”

He did actually try my patience a bit today. After weeks of me asking him what he wanted for Christmas and him insisting that he, “didn’t need a thing,” I went ahead and spent the per-person Christmas gift money on some school clothes for him. He notified me by text TODAY that he needs an X-Box. Apparently, it can put one behind the 8-ball socially, if you don’t have the same gaming system as your friends. Of course I’m going to make sure he gets it. Gingers don’t let Gingers get in a bind socially; we have each other’s backs. It’s a thing. 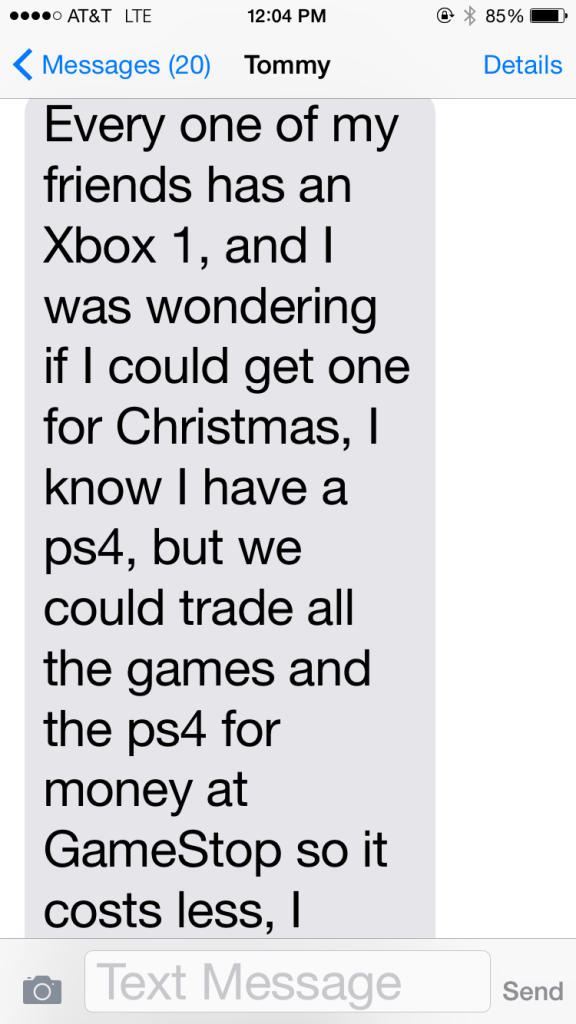 Jimmy and I went out for dinner last night to celebrate our 31st anniversary. We sat at the bar at Mahogany and gently debated who has had the harder job (greater “Ministry”) being married to the other. We never really settled it. We may never. But, we definitely agreed that if we ever allowed a camera in our “colorful” home to watch us co-parent, settle financial issues, navigate key marital moments and discuss world events, we would take the entire Kardashian Empire down. No one would find them interesting up against us.

We wish you a Merry Christmas and a Colorful New Year,
Jimmy, Leslie and (not) too many kids