“Are You Reelin’ In The Years?” (You’ve Been Telling Me You Were A Genius Since You Were Seventeen…) 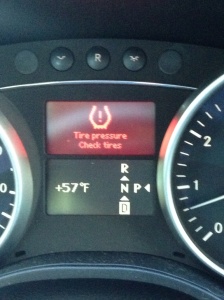 “The weekend at the college didn’t turn out like you planned, the things that pass for knowledge I can’t understand…” (Steely Dan – 1972)

Last Friday afternoon, when we got ready to depart for “Arkansas-Alabama Weekend” at the University of Arkansas, Jimmy pulled out his laptop and settled into the passenger seat, casually saying, “You drive!”

“I hadn’t planned on driving,” I responded.

I ended up driving because he trumped me with the “work excuse“. But, I thought to myself, ‘No Matter- this won’t last long...

We have been together since we were 17, as such, we employ some very “sibling-esque” approaches to Conflict Resolution. These solutions resemble the sophomoric ways a brother and sister would solve an issue, much more than a committed mature adult couple.

We have something that resembles a ‘Peace Accord’ in effect.  In dates way back to the early 80s and clearly stipulates, “Whomever is driving the vehicle at the present time, retains full control of the radio and the temperature of said vehicle.”

So, I cranked the heat up, (Jimmy HATES to be hot) and turned the radio dial to Christian Talk Radio. I knew it wouldn’t be long until he started craving both AC and AC/DC, but I was wrong.

All I can say, is that he would’ve made an excellent POW during one of the wars, as I was never able to “break him” and ended up driving us all the way to Fayetteville.

To amuse myself while driving, I planned my “Game Day Ensemble” in my head. I was a little distracted thinking about my limited fashion options. For starters,  I don’t own a lot of Arkansas-red clothing; as a Red-head, I was brought up believing that red garments clash with orange hair.

And, secondly, the Razorbacks really need a textile! At some point during the Bear Bryant years, the University of Alabama adopted the houndstooth fabric as their “signature fabric”.  The Alabama fans sport this print in everything from baseball caps to rain galoshes.

I was pondering the notion of a Paisley Pig or Herringbone Hog, and apparently failed to notice the “check tire pressure” light when it came on, at some crucial moment in the journey…

As we were checking into our hotel, I was preoccupied catching up with texts, (because – driving) when I overheard Jimmy having a discussion with the hotel clerk.

“Will you be selling those tomorrow?”

Hotel Clerk- “That depends on whether we sell them all today, Sir…”

Looking up from my phone, to see what they were discussing, I saw on the check-in counter, a basket full of hideous red plastic ponchos, with a sign attached that said,

Now, if Jimmy balked at spending $400 money on a dog, you can just imagine how recalcitrant he is going to be to buy a poncho, on the off-chance someone else is going to be selling them cheaper somewhere else.  I can also tell he is thinking that it’s quite possible the weatherman is wrong and there isn’t actually a 95% chance of rain. What if we spend that money and don’t end up needing those ponchos?

He’s planning to sleep on this decision. So, exhibiting the financial recklessness he so often accuses me of, I boldly, with wanton disregard for our financial future, shelled out $10 for 2 ponchos.

The next morning, when it was time to leave for the football game, Jimmy reclaimed his manhood and got back in the driver’s seat. We had barely driven out of the hotel parking lot, when we noticed the flat tire. He spent the next two hours changing the flat, getting the tire repaired and cussing up a storm, (no pun intended) in the aforementioned rain.

But, honestly, you never heard such language.

While not necessarily wanting to exacerbate our delicate and trying circumstances, I couldn’t resist noting a few things out loud:

1. 4 hours of Christian radio the day before didn’t improved your attitude in the least

2. Aren’t you glad I bought us those ugly rain ponchos?

2 thoughts on ““Are You Reelin’ In The Years?” (You’ve Been Telling Me You Were A Genius Since You Were Seventeen…)”