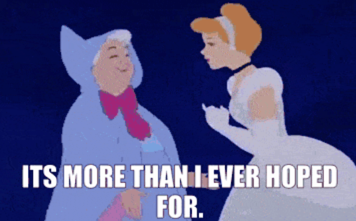 People always say that when you go back to your high school reunion, you’ll find that the kids who were “all that,” have plummeted in a downward spiral – unable to maintain their superior elevated status throughout adulthood.

So, naturally, I spent the lion-share of my 20s worried about my high school’s Homecoming Queen, Kay-Kay.

Imagine my relief when I arrived at my 10 year reunion to find her looking fabulous. She had not gained the weight, as promised. Her long blonde tresses were as thick and lustrous as ever. She had married an architect, had 2 kids, and was literally living in Florida.

Florida? Who lives in Florida? Florida is for rich people and also older folks, who’ve earned the right to live there. And Disney Princesses, I guess – which is probably how Kay-Kay landed there.

But, she couldn’t possibly be happy and there’s no way, after that fairy-tale high school existence, that she’s got what it takes to be a good mother.

Honestly, I really feel bad for these people who never experienced despair and disappointment in childhood. I don’t know how they even get through life, much less parenting.

Fortunately, I never had to worry about any of that. My teen years imbued me with character and resilience. The kind that formally prepares you for Real Life. Life as a mother in the other 49 states.

When I was 13, I tried out for cheerleader. I started practicing months in advance. I learned the routine backwards and forwards. I perfected my herkies in the yard every day until it got dark. Then I came in and stretched into my splits every night, limbering up while I watched tv, inching a little closer to the ground with each passing week. I wrote the book on work ethic and advance preparation.

The day of the tryouts finally arrived. Back then there was no such thing as Helicopter Parenting, so my mom seemed only vaguely aware that it was the most important, transforming day of my life thus far; a day that would haunt me well into my 50s. She wished me “good luck!” 1970s-style and off I went…

Remember, it was 1976; back before anyone realized that they needed a Token Redhead to round out the squad.

The Vice-Principal called out the names of the 8 girls who made it over the loud speaker in 4th hour. Later that day, Mrs, Dickerson, the Home-Ec teacher/Cheer Sponsor, called me into her classroom to reassure me that I had “the most spirit she’d ever seen,” and confide that I made “Alternate.” She smiled indulgently when I requested the administration might consider including that tidbit of information in the next morning’s PA announcements.

It was challenging to weave the fact that I was unofficially the “Alternate Cheerleader” casually into conversations with my peers. In case your wondering, the alternate doesn’t get to wear the uniform on game days or appear in the yearbook photo. She just sits with the other girls at lunch hoping a friend will die in a sentimental “Brian’s Song” kind’ve way, so she can step into her pleated skirt.

No one girl on the squad died that school year.

As you can tell from reading this, the whole ordeal just served to build my outstanding and impeccable character, as I sat around the lunch table everyday eyeing a suspicious mole on Diane or wondering if Sherry had a lingering cough.

Alas, my life as a cheerleader was postponed until after high school, when I became a wife and mother.

I’ve cheered now for 33 years. Until I am hoarse. I have exhorted, encouraged and sung my team’s praises until I’m blue in the face. It’s been so great. In the breathy words of Cinderella, it’s been “more than I could’ve ever hoped for…”

Nonetheless, I think I might attend my next high school reunion.  Just to see if Kay-Kay’s architect has gone a little paunchy and balding, if she can still wriggle into that pleated polyester cheer skirt, but most importantly – i want to see if her kids turned out okay.