“What’s Your Name Little Girl?” (I Didn’t Embrace My ‘True Self’ Until You Came Along…)

I guess I can finally admit there was actualły one thing that could be considered a positive aspect of being an Army Brat forced to move every 2 or 3 years – the constant process of relocation provided me with the opportunity to reinvent myself frequently.

This could be really helpful for a kid like me…

Reliably, within a year or two, a Social Bail-Out would arrive in the form of my dad’s latest military orders – you could depend on the fact that our family would soon be off to parts unknown.

This could not have happened at a more opportune time for me, in terms of my social aspirations, than 1973 – the year my family landed in San Antonio.

For whatever reason, my parents decided to put us into the local Catholic school, Holy Spirit. We spent the next 3 years under the strict tutelage of a Benedictine Order called The Rainbow Sisters. They fully immersed me and my sibs in The Holy Spirit Catholic Community.

Self-actualized, even at a tender age, I decided before the pending move, I needed to make some serious changes. I made a list of all the personal improvements I thought would help towards making me a better version of my 10 year old self, thereby gaining purchase on a slightly higher rung of the elementary school social ladder.

The first few things that had to be dealt with were so painfully obvious they defied listing:

2. Freckles covering every square inch of my tiny body.

Prior to our big move to Texas, I tried everything imaginable to alter my appearance.

One such attempt involved getting my hair completely wet before bed, then combing it straight down my scalp and sleeping with a ski cap on. My plan was that my hair would be forced to dry straight and the only part that would curl is the section that stuck out past the knit cap. Those sections I flipped up with a comb, hoping they too would dry that way overnight.

The first morning I attempted this technique, I couldn’t wait to see the new me. The look I was going for was an adaptation of the hairstyle of Toni Tenille, of “The Captain and Tenille.” She was so cute and the entire world adored her.

Needless to say, when I woke up and removed the cap, the results were not as anticipated. I didn’t look a thing like Toni. My hair dried plastered to my head and as soon as it was released from confinement in a ski cap, it sprang back into the afro it’s genetically determined to be.

I continued to tweak this hairstyle for months, but also decided a more immediate change I could make was to change my name. So my first day at Holy Spirit, when the Principal, Sister Mary Martin, ushered me into my new classroom, before she had a chance to introduce me as Leslie, I pre-empted her, “My name is Cissie. Everyone calls me Cissie!”

And so they did.

And it’s not like I was living a lie or anything. My family had always called me “Sissy.”

A few years later, when the fam moved up I-35 to Dallas, I was in the 7th grade and ready to shed my “Cissie Persona.” I don’t know if it wasn’t working for me or I just wanted to RE-reinvent myself. I decided to drop the nickname-name and embrace my “Inner Leslie.”

Recently the kids and I were alł conversing about how people behaved toward us for the first few months after you died. We discussed how very humbled and grateful we were by the overwhelming outpouring of love and generosity.

We all agreed there were a few odd ducks though.

That set me off on a mini-rant about all the strangers who contacted me requesting to meet personally so they could share ‘what the Holy Spirit had laid upon their heart’ concerning your death.

We were floating lazily in the pool during our vacation in Florida, when I started carrying-on something fierce,

“I know the Holy Spirit personally too… What’s more, I’m home all day. If the Holy Spirit has something to say to me, why can’t he just say it to me directly? Why is He dispatching strangers over to my house, requiring me to put on a bra, just so I can hear him out. Especially when I’m exhausted and clearly mired in grief!”

Ironically, I had entertained the gang just hours earlier with the story of how their mother had once gone by an entirely different name.

It was about that time that Mollie, our quiet, yet clever one, decided to pipe up…

“Mom, when you were a part of The Holy Spirit Community, you told us you went by the alias “Cissie Bodden.” When Dad died, the Holy Spirit was probably scouting around for HER, not Leslie Blanchard. No wonder he had to send out emissaries. Did you ever think maybe He honest-to-God could not find you?”

There’s nothing in the world our kids enjoy more than making fun of me.

They totally got that from you. 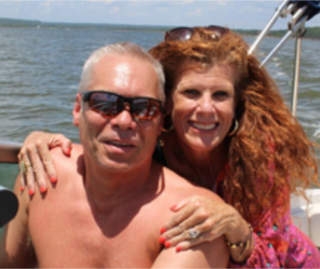 7 thoughts on ““What’s Your Name Little Girl?” (I Didn’t Embrace My ‘True Self’ Until You Came Along…)”