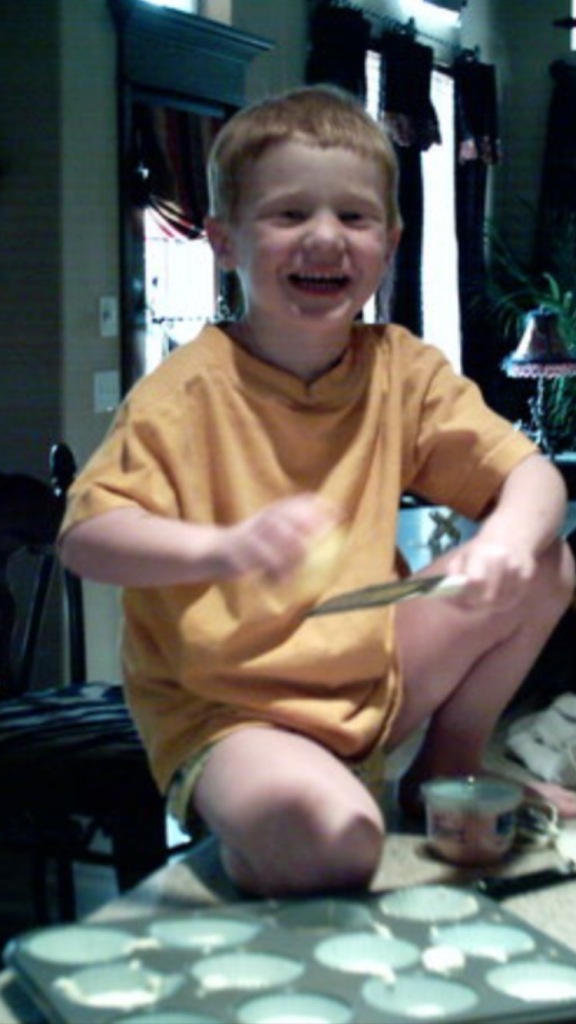 I’ll never forget the day one of my closest friends marched her son over to my house to apologize to my son for some minor transgression.

While I don’t recall what her son had done to offend, I remember it was a Sunday morning and mine was wearing plaid madras shorts and a Polo shirt. The reason that particular detail is etched so vividly in my brain is because my girlfriend took one look at my son and gasped in surprise.

My 4 year old son gazed back at her, innocently oblivious to the fact that he – well technically his mother – had just been dissed.  In a way.

This would be a good time to admit that my boys ran around without clothing quite a bit when they were little. (If you’re trying to conjure a visual, you might want to go with the character Mowgli from Disney’s The Jungle Book.)

The reason I know it was a Sunday is because that’s the only day I actually forced my boys to wear clothes. My standards were still somewhat intact at that point and even I knew they had to wear more than Spider Man underpants to Mass.

My boys are my 4th and 5th children. My first three children were girls. They were not only dressed, they were dressed in outfits Paris Hilton would kill for. (Maybe an argument for not producing more offspring than you are willing and able to adequately attire…)

We moved around a lot due to my husband’s career and I often found myself wistfully wishing that each new group of neighborhood moms I associated with in those latter days, had known me back when I first started raising kids. They might’ve even been impressed.

Mostly because I gave a damn what other mothers thought about me.

Like most women, I entered the Motherhood Arena swingin’.  I was pregnant with my first child my last semester of college, so naturally I wrote my Senior Thesis on The Benefits of Breastfeeding.  I designed and sewed my babies’ nursery bedding. I made my own baby food.  I had my babies’ pictures made at Olan Mills once a month to capture each and every developmental milestone.

I was out to win motherhood.

And what’s all this malarkey I’m hearing lately about “napping while the baby naps?”  While my girls napped, I made hair bows. I made 232 hair bows in 1991 alone. I was diligent about keeping those bows clipped in my little girls’ hair. If my toddler reached up and tried to pull her hair bow out, I gave her a sharp little pop on the hand. I wasn’t going to have other mothers thinking I didn’t love my baby girls enough to keep coordinated hair bows on their heads.

One Christmas, my oldest daughter and I were invited to a Mother/Daughter Cookie Decorating Party. I dressed my firstborn in an adorable new Christmas frock, snapped in a matching hair bow and off we went.

At the party, our hostess provided sugar cookies baked in various holiday shapes, with an assortment of colored frostings, sprinkles etc. A little kid’s dream! My daughter daintily selected a Christmas tree from the tray and proceeded to make a godawful mess decorating the thing. I was mortified.

But when she selected a tube of blue for the star on top, when a perfectly fine tube of yellow was available, I snapped. I’d had enough of her 5 year old shenanigans. I snatched the cookie from her hands and finished decorating it my-damn-self.

I was 27, I had two kids and I had motherhood by the giblets.

That is, until I birthed another kid or two and ran out of steam and standards. That’s when the tail started wagging the dog, as they say.

I just didn’t give a darn anymore. Because I couldn’t. Don’t get me wrong. I gave a great big darn about my kids. The naked ones AND the Fashion Plates.   I just couldn’t care what other mothers thought.   It was just me and the kids in the trenches – all day, every day.

Eventually I whittled parenting down to the heart of the matter…

The new philosophy liberated me and opened up a world of blue food coloring, wild hair and apparently clothing optional freedom-of-expression for my younger kids.

At the time of this writing, all 5 of my kids seem to be turning out fine. However, my oldest two daughters are both attorneys who, I’m pretty sure, are preparing to file a joint class action suit against me.

As a mother of five, I think it’s only fitting that I plead the fifth.